Series 10 has been revealed!

Gobsmacked!... This may be one of the BEST series ever made! (I say that every time a new series comes out) The main man in this series is the one and only Mr. Gold! There is only a few amount of these minifigures being made in the world meaning they are SUPER-RARE! If you receive one you are a very lucky person! Keep on Brikin! 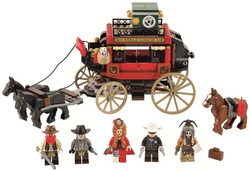 Hi guys! We have two new LEGO Lone Ranger pictures that have been revealed! These pictures were revealed in a couple of articles below that roughly showed what the sets would look like but now we have much clearer images that give more detail in the actual sets. First off we have the Stagecoach Escape which is about some no-good crooks attempting to get there hands on the valuable silver of Red Harrington but luckily Tonto and the Lone Ranger are in this set to save the day. I don't know what you think of this wonderful set but I think it is pretty cool. Next we have the Constitution Train chase which really does look awesome and well detailed. The "Constitution Train Chase" features LEGO action figure recreations of most of the film's main heroes and villains, including The Lone Ranger/John Reid (played by Armie Hammer), Tonto (Johnny Depp), Rebecca Reid (Ruth Wilson), Danny Reid (James Badge Dale), Butch Cavendish (William Fichtner), Latham Cole (Tom Wilkinson) and Captain Jay Fuller (Barry Pepper). It also comes with a mini build rock piece and a shrub plant. I really like this set and I can't wait until it appears on the shop shelves.

These are a list of new sets that are being released in summer 2013! 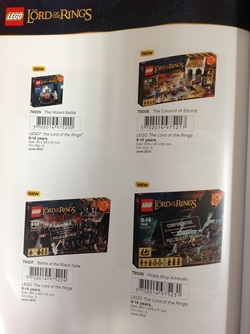 Set images, taken from what seems like a retailers catalog, of the  Summer 2013 LEGO The Lord Of The Rings have leaked out on to the internet. Four new sets are slated for a June 2013 release.
Since the pictures are only preliminary, it is possible prior to their release in the summer of 2013, that the sets may change somewhat. New details about the 2013 LEGO The Lord of the Rings lineup should emerge in the coming weeks and months and possibly specify details such as price and piece count. 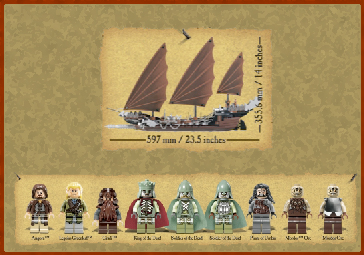 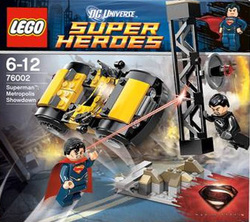 Hello Brickers! For those DC superhero fans out there this is an article for you! A new superman set has been leaked as you can see on the left. This set is based on the new superman movie 'Man of Steel' that will be released in cinemas shortly. I think the set looks pretty neat because of the awesome minifigures and the nice yellow and black car. I am not a massive fan of the superhero theme but this set looks quite nice. What do you think? 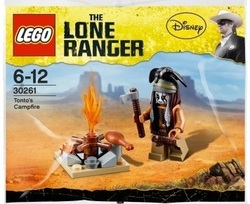 Howdy partner! LEGO Lone Ranger has released a 2 new poly bag! Yay! The first poly bag is called "Tonto's campfire" The set looks pretty neat although iv'e got one small dislike. That axe looks terrible! Other than that it looks like a nice set. It reminds me of the toy story poly bag with woody and the camp fire. It look like a nice set and I am looking forward to buying that. It seems to be quite small compared to some other poly bags such as the zombie car or the mini black pearl. Now to the next set called "Lone Ranger's Pump Car". This set looks awesome!  I would rather get this poly bag than the other one because it looks like there's more pieces and I imagine you can add this mini set to the "Danger in Silver Mine" (3rd article down) set so that little pump car can run along the tracks. I don't know what Brick Victor thinks but i'm guessing he will want that too. But anyway keep on Brikin! 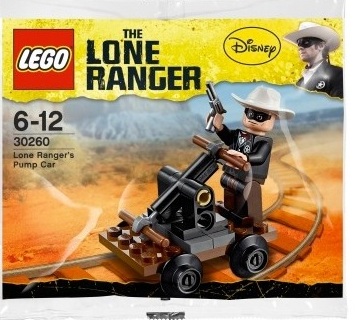 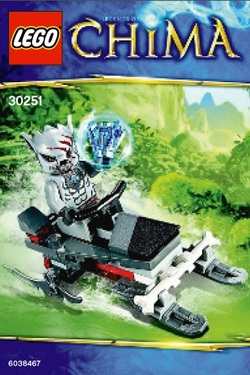 Hi BrickBusters! LOC seems to be a MASSIVE hit in the LEGO world as it has launched 5 new poly bags and a new game called "Legends Of CHIMA Speedorz" There is a video down below showing the game play of the new game. In my opinion the game doesn't look that great to me but I am sure that other CHIMA fans are looking forward to playing the game. LOC is meant to replace Ninjago even though they are releasing new sets in 2014 as the article says below. Anyway the new poly bags look good and are a nice touch to add to your CHIMA collection. Most people pronounce CHIMA as CH-EE-MA but I thought it was CH-I-MA. So which animal tribe do you think is going to win? I think the lion tribe for some reason. Who do think? 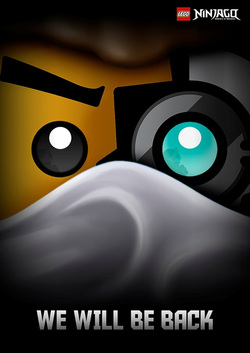 Hi guys! Well as it has said in the title of this article another wave of Ninjago will return in 2014. As you can see in the picture on the left hand side it seems to be an evil ninja. something completely random to shock all of the LEGO fans with. Bye Bye Lord Garmadon and hello (new bad guy). It's so cool that 2014 news has already been revealed! 2 years before and the news has already been revealed! Wow, that's pretty awesome! In my opinion I'm not a big fan of Ninjago because it doesn't make sense! First wave the sets were brilliant! Then comes second wave with hi-tech vehicles in medieval china! So random, anyway have a Merry Christmas and a very Happy New Year!!! I will be away till the 1/1/13 so HOPEFULLY BrickVictor will add the latest news. 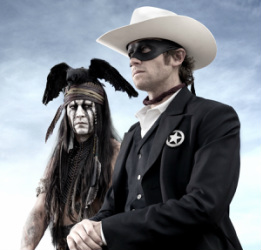 Howdy folks! I am proud to present the new theme... LEGO Lone Ranger! In the previous article there is a picture of the advertisement but today we've got special pictures of the actual sets! As you can see these pictures are not clear as this has not been released everywhere. So we are lucky to have these pictures. 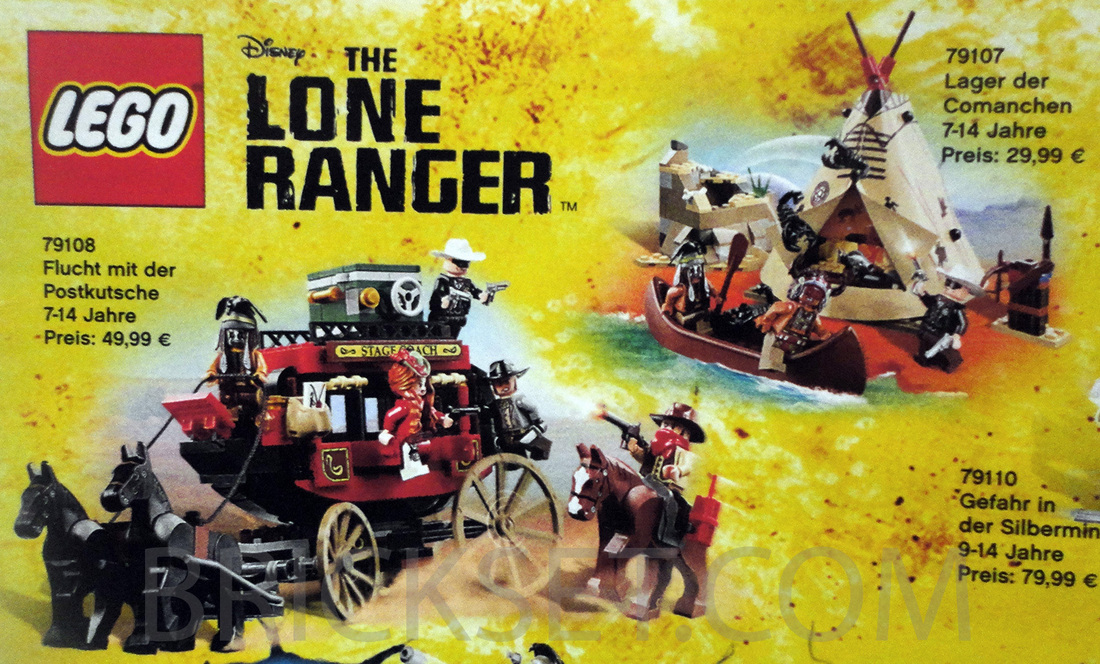 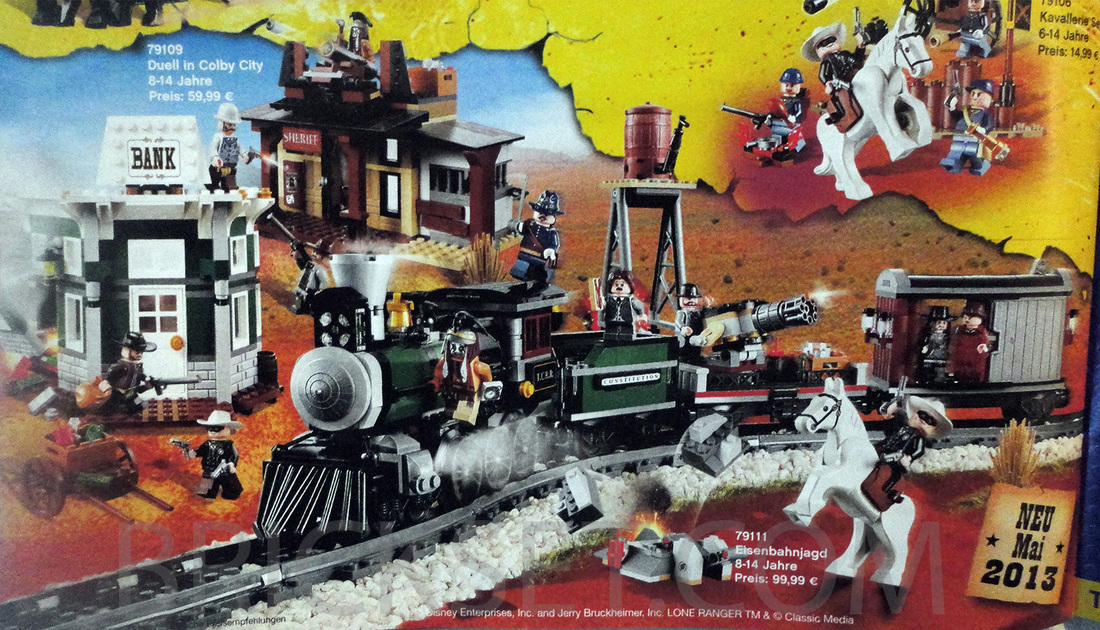 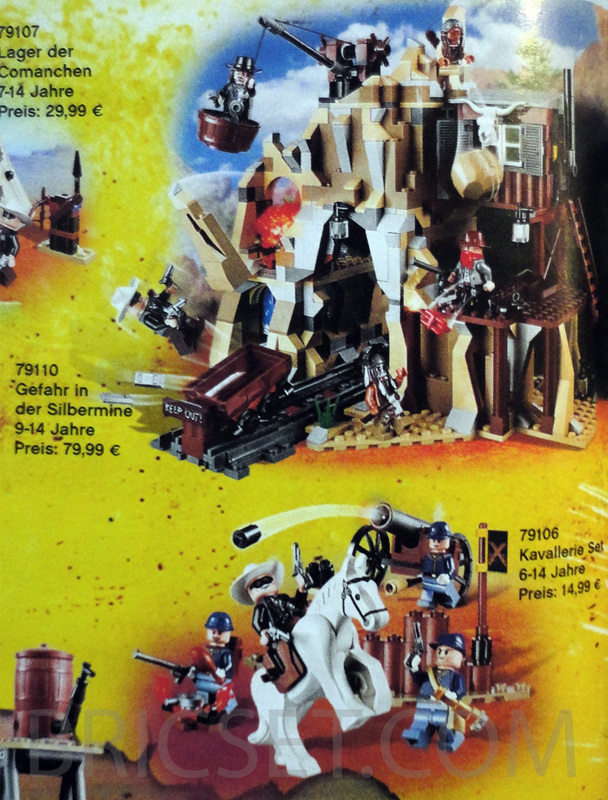 Danger in the Silver Mine and Cavalry Set

Howdy partners! A new LEGO theme has is coming out and its called lone ranger! This theme is based on a film that is going to be released on July 3 2013 (My birthday!!!) Ill be going to watch that. :D In the picture it looks like its going to be a pretty successful theme. I live the new gun design and the skull. Very nice detail has gone into this theme but there's only one problem... THAT ROPE THINGY IS NOT A LEGO PIECE!!!!!! Real big shame because I was hoping that was going to be a piece that you can tie the bad guys with but you cant! So annoying! But overall I think its a pretty good theme. The actual sets are being released on the 13 of April as you can see in the picture.

LEGO minifigures series 9 have been revealed!!! 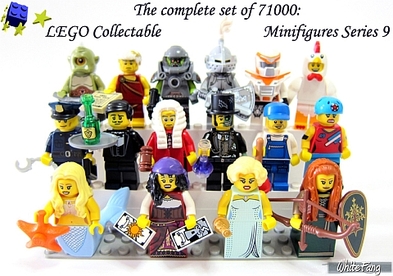 The moment we've all been waiting for when the new official minifigures collectors series has just officially been revealed! Victor and I cant wait to get our hands on that chicken suit guy! I tell you what Dr. Splitz will do great in my custom crazy scientist lab. I mean who would not want that cyclops! That is an amazing design! Too good for a minifigure series! Any way why not tell us what you want to get in your secret bag. Select below what you want... Personally I want that chick suit guy. What about you? 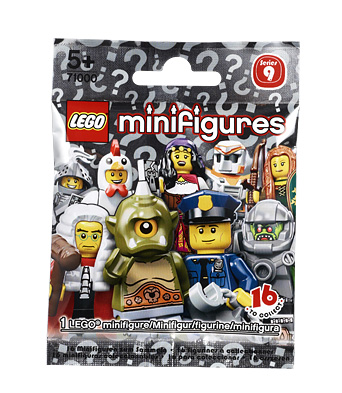 GALAXY SQUAD HAS BEEN REVEALED!!!! 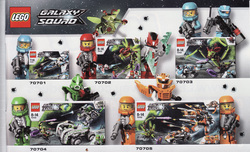 finally, the Lego group have revealed their all new theme, GALAXY SQUAD. As you can see from the image, my initial guess of them being similar to the series 7 galaxy patrol, was incorrect. The figures available are more similar to the ADU from the alien conquest theme, and they also seem to be sporting some new elite............ exterminators? I'm not too sure what they are supposed to be, but anyway, they look really nice and more grown up and more advanced than what lego usually come up with. Oddly, the Lego group have made different helmets for all of the "elites" and only used each helmet once, with the exception of the one in blue (who appears in a smaller set not listed here.) I think these sets look like they are very good quality and I will hopefully collect one or two. :) 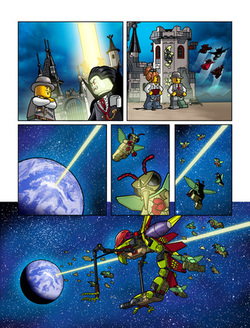 It seems that the monster fighters have done something pretty awful. If you have a look at the comic, it seems either the monsters or the fighters have fired a laser into space (probably to un-eclipse the sun) and damaged a giant insect/ship residing in space, angering the insects. this looks like a job for... THE GALAXY SQUAD :D  !!!
So there you have it. Its like in alien conquest
the aliens run away, and (annoyingly) send dinosaurs.
The monsters run away, and (annoyingly) insects arrive.
whenever one problem in the lego world is fixed, another arises...

The Chima Kingdom is a magical land, ruled by very advanced animal species. These creatures walk and talk like humans. They drive vehicles, use machinery, and live in amazing castles and fortresses. But don’t be mistaken; these animals still have claws, teeth, tails and some even wings. And right now they are at war with each other.

The Chima Kingdom that was once a pure and natural paradise, transformed into a barbaric battlefield of animal species armed to the teeth. Best friends turned into sworn enemies. Ruthless weapons are destroying the once sacred temples. In the forests blood-thirsty vehicles are furiously charging at each other in deadly duels.

The creatures are fiercely fighting over the possession of the super-powerful natural energy-source called Chi – which is the source of life, as well as the source of unimaginable destruction.

Only a few brave heroes understand the true nature of Chi, and that its misuse will lead to the total destruction of Chima. Their story, and the story of those who want to destroy them is known as The Legends of Chima…

LEGO Legends of Chima will be introduced next January with an initial 14 LEGO sets, along with a 22-minute independent TV-series. Are you ready?”

so, as you can see, this theme will probably be very fun! Me, brickvictor and the rest of the brickbusters are very exited!

MORE HOBBIT SETS ON THE WAY!

Hey, hey, more hobbit-sets-on-the-way!
Hey, hey, but cha wont find out what they are today!
Three hobbit movies,
Three waves of sets!
We dont know what they are,
But when we do we'll get 'em, lets!

so anyway, that wasn't really news, just a little song I wrote. If you sing it to yourself, do it ina sort of deanmartinesqe style. But its true! They are making the hobbit into a trilogy, so if you were wondering why it was called "an unexpected journey", its because its literally just the journey. The second and third are called "the desolation of smaug" and "there and back again", which is actually the alternate name for the hobbit book that bilbo wrote, but eventually did not use. 3 films, 3 waves of sets.